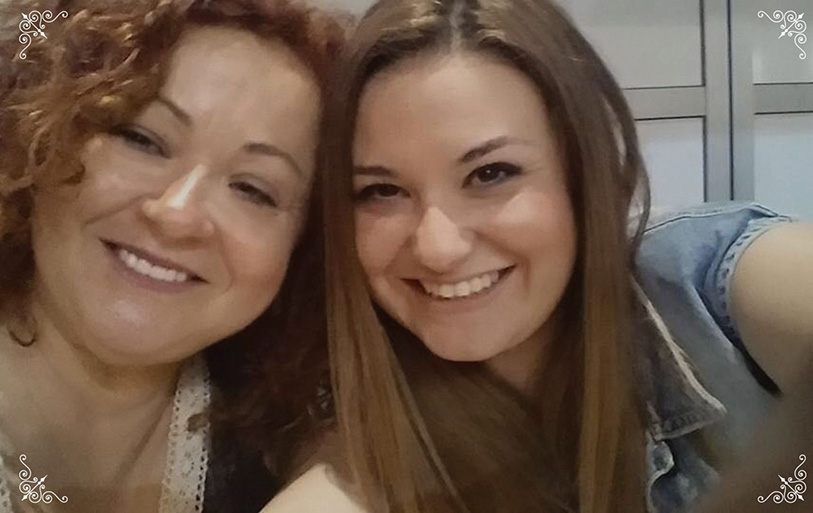 Dimitra Dartsi is the instigator, the foundress and creator of the company. She was born and bred in Goumenissa, she is well versed in local products and the taste of the traditional tasty foods and sweets. She knows how to toil for something that she really loves; the fertile land and its products. Since her childhood, she used to observe her mother and grandmother, while they were selecting the best fruits of their land, in order to make homemade jams and spoon sweets.

People in Greece, traditionally, used to preserve their seasonal fruits throughout the whole year by boiling them with sugar. Sugar was used as a natural preservative. This is what we call in Greece spoon sweet. Spoon sweets were the official and the very special desert of the guests of the houses.

Dimitra remembers that during her childhood, her mother used to hide the spoon sweets in a secret place at home, since it was strictly reserved for the guests and forbidden for the rest of the family;

“It was considered as the most precious desert to be served to the guest; it was a demonstration of the cooking skills of the housewife”. Family tasty secrets, sweet memories and love for tradition were the three main factors that inspired and prompted her to spread the homemade delicacies to the store shelves.

Today with her daughter Anna, who joined the company 5 years ago, they form the dynamic combination of Goumenisses. They have already conquered the Greek market and their products have fairly gained their place to some of the most well-reputed delicatessens, hotels and restaurants both in Athens and Thessaloniki, as well as to some stores in province. Their products have been awarded several times and they have been selected from some of the most popular Greek chefs. In total, goumenisses’ products can be found in more than 300 stores in Greece. Moreover, the last years they have accomplished some exports in some of the biggest cities worldwide.